VMware’s Vision to Transform the Cloud – A VMworld Recap 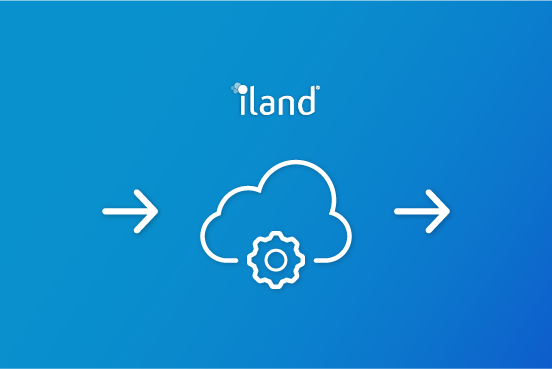 Another VMworld is in the rearview mirror, and in terms of “rallying the base” it stands out as one of the better ones in recent memory. There was a noticeable increase in the optimism and excitement amongst the attendees. I actually heard multiple people from different circles comment on the excitement they were feeling around the show.  I think this really comes down to the fact that VMware is clearly communicating a solid vision of the data center of the future and that they’re positioning themselves to be a leader in that future. People really seem to like this vision and are trusting (but waiting to verify) that VMware can really pull it off. I like this vision as well, and am super excited to see them be an innovation leader again.

Back when VMware had clearly solidified their position as the hypervisor leader, many started to question what they were going to do to continue to be a technology leader. This question became particularly important in light of the threat public cloud presented to on-premises data centers, especially given some missteps VMware made in the public cloud space. VMworld US 2018 made it clear that VMware is not aiming to make every cloud based on vSphere, but instead, utilize vSAN, NSX and other components where they make sense to tie different clouds together to streamline operations and management. While this combination of technologies may be a bit scattered right now, it’s clear there’s a vision behind them all. Given past VMware strategies, I expect they’ll figure out what works and start to combine and simplify the options in the future.

This focus on hybrid cloud is very important, because hybrid cloud is the default architecture of the future. While there are places where having a single cloud vendor will be advantageous, no single cloud is going to be the best for all parts of a business. The level of excitement for Amazon RDS on vSphere is an indication of the desire to have a simplified application deployment model within on-premises clouds. It’s a great example of where public cloud has been innovating business value ahead of on-premises solutions. We have become accustomed to building on-premises data centers using “best-of-breed” components. Now, we’re going to be building hybrid cloud using “best-of-breed” cloud functionality. A company looking to take advantage of this approach could use a purpose-built SaaS platform, like Office365, for email, while running a scalable website in AWS, with a latency-sensitive database on-premises and protect it all to a Disaster Recovery as a Service (DRaaS) specialist, like iland. A combination of services and solutions like these enables a company to implement a best-of-breed IT environment that will allow it to have the performance and agility to outperform its competition. There was a great conversation on this topic during Opening Acts as part of this year’s VMunderground events.

Since I brought it up, (disclaimer: I am both a long-time organizer of VMunderground and a recent employee at iland) iland was a sponsor of VMunderground and Opening Acts this year. It was interesting to hear the feedback within iland after these events. It was clear that they appreciated the VMworld community’s willingness to dive into technical conversations, even at a casual event like VMunderground. And I couldn’t agree more with the comments I’ve been hearing about the caliber of the people in the VMworld community. Seeing the vBrownBag TechTalks included in the official session planner was a huge acknowledgment of the usefulness of these community presentations. I strongly expect, and plan to push for, stronger engagement with the community from iland.

Another common theme I picked up on was the importance of security in the modern data center. Non-stop threats, like ransomware and Spectre/Meltdown-style vulnerabilities, are always in our collective consciousness. So, it was no surprise that products like AppDefense and vSphere Platinum received keynote-level attention. Security is an area that iland has particular interest in, which you can see by simply looking at our flagship product: iland Secure Cloud.

Of course, availability of data is as important as ever. I thought it was especially telling when you looked at the slate of major vendor parties, where data protection vendors ruled the nights at VMworld. Once upon a time, VMworld used to be a storage showcase, but this year the major parties were being thrown by data protection newcomers, Rubrik and Cohesity, and by well-established data protection vendors (and iland partners) Veeam and Zerto. I think this reflects the fact that storage has become less of a business pain-point, while data protection and recovery has become even more important with the aforementioned importance in security. iland sees this every day with customers looking towards DRaaS as a way to improve and simplify the protection and recovery of their data.

On a personal note, I learned a lot about iland at VMworld this year. Obviously, I did my research before accepting the job, but with more open conversations I was surprised to discover just how well-known iland already is. What did not surprise me was how the attitude towards iland was universally positive. After meeting a wider section of the iland team, I can personally attest to the caliber of people and solutions at this company. It was especially rewarding to be a part of a company that went from being recognized as a leader in the DRaaS MQ to having another product, LabEngine, recognized as the TechTarget’s Best of VMworld in the Virtualization and Cloud Infrastructure category.

Overall, it was a very successful VMworld for VMware, iland and the community as a whole. I really look forward to seeing VMware furthering their visions over the next year. I’m even more excited to see how iland uses that progress to further advance the capabilities and simplification that public cloud resources can provide customers in the hybrid cloud of the future.

In his 20-year career, Brian has experienced many different perspectives of the IT industry. He has worked as a value-added reseller, vendor and service provider in roles in web development, system administration, post-sales deployment, pre-sales architecting, public cloud design and technical marketing. Currently, Brian is the Director of Cloud Market Intelligence at iland. He enjoys spending time with his wife and three kids. He is also heavily involved with the Destination Imagination program and has been a long-time member of the VMware community, notably starting the Omaha VMUG and putting on VMunderground at VMworld. You can find him online occasionally blogging at http://knudt.net/vblog and tweeting at @bknudtson.

A podcast series for your cloud concerns
June 18, 2021

Accelerate IT Initiatives with cloud-based infrastructure from iland
August 6, 2020
Go to Top