Remote Console Access – Do You Need It in Your Cloud? 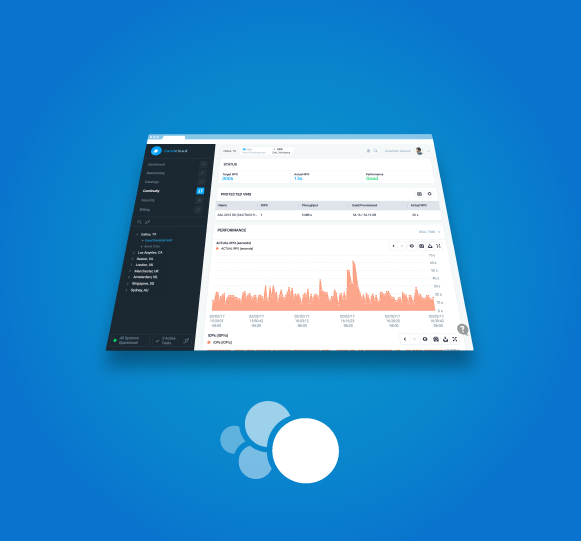 To continue with my hard-learned lessons that not all clouds are the same, I’m back to report on another feature that I was shocked to find absent in Microsoft’s Azure cloud: remote console access.
As in my prior blog post about Azure’s lack of large disk support, this post follows the adventures of a friend of mine who was attempting to build an application stack atop Azure. Let’s call this friend Jim.
Jim builds his applications with security baked in. Immediately after booting a VM, Jim configures the host-based firewall with very restrictive rules. By host-based firewall I’m referring to the built-in Windows Firewall in Windows Server and later, and iptables in Linux.

Back to Jim; a standard firewall rule he configures limits the source IP addresses which can access the remote desktop or SSH services. By limiting management access to a few trusted IPs, he reduces the risk of a remote attacker accessing his systems’ management interfaces. Mistakes in the host-based firewall configuration or unplanned IP address changes can leave the VM in a state where it is blocking all incoming remote desktop or SSH clients. Although Jim is diligent in making changes to his firewall configurations, mistakes do happen.

Normally, when you accidentally isolate the VM due to a host-based firewall rule misconfiguration you can remote console into that VM, fix the mistake, and move on. But in Azure, you cannot turn to the remote console. There are some tools Azure provides which can potentially correct errors within your VM to restore remote access. If the provided tools and workarounds do not work you are left with two options: Delete the VM and start over; or download the VM, load it up into your Hyper-V environment, fix the error, and upload the VM back into Azure. I am not surprised by the angry comments regarding Azure’s lack of support for remote console access.

What happened to poor Jim? He had to delete his VM and start over. It is good that Jim thoroughly documents his server build process and keeps local copies of all his configuration files just in case. He only lost a few hours rebuilding his VM and putting all the configuration files back in place. It’s also fortunate that this disruption happened before Jim’s servers were in production. If Jim’s servers been in production, then deleting the VM would not have been an option. He would have been left with no solution other than downloading the VM to his local system, installing Hyper-V since his local data center is built upon VMware, fixing the issue, and uploading the fixed VM back to Azure.

If the iland Secure Cloud Console℠ is not enough to get your VM working, the iland Support team is a phone call away to help you with troubleshooting. We also provide daily VM back-ups with 7-day retention at no additional charge. If a VM were in such a state that it was effectively unrecoverable even with the remote console you’d be able to go back to a prior VM state and get your application services restored. Don’t learn your lessons the hard way like Jim had to – remote control access is just one of the features that can mean the difference between a cloud that delivers value and one that causes admin headaches and untold frustrations.

Jeff Polczynski is the Director of Solutions Architecture at iland. Formerly, Jeff was a Network Engineer with iland who helped design and build the network infrastructure upon which the iland Cloud runs. Jeff loves to regale IT war stories from his 20 years as a Network and Security Engineer in government, financial services, and service provider sectors. Today he helps iland customers by tailoring the iland services into a personalized cloud solution.

The importance of adaptability in an increasingly complex world
January 27, 2021

Have you thought about IaaS? iland Secure Cloud is the one for you.
November 5, 2020
Go to Top