Geneseo Builds its City Cloud from Scratch with iland

The city of Geneseo, Ill. represents the best of small-town America with more than 6,500 residents, 100 acres of parks and playgrounds, 19 restaurants and one IT professional named Garrett Griswold. 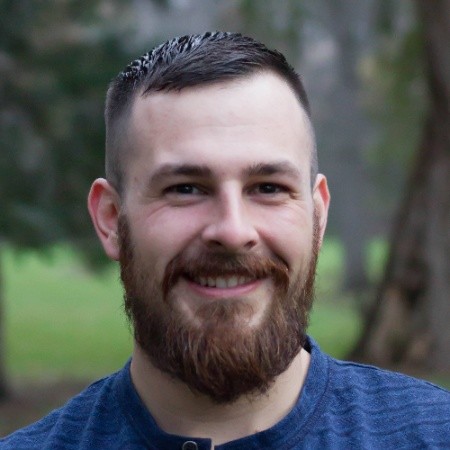 Director of IT for Geneseo, Illinois

Before Garrett joined Geneseo as Director of IT four years ago, the city had no IT infrastructure to speak of. But over the years he built out a city-wide network encompassing city hall and its municipal public works, including everything from police, water, EMS, payment processing for utilities, and road repairs. The on-premises infrastrastructure, including VMware and Veeam for backup, worked until a major gas line break directly across from City Hall forced the evacuation of all city personnel.

During the four hours it took the gas company to arrive, operations were shut down because employees weren’t allowed in the building. Technically the data and network was online and available, but there was no one inside the building to use it. That incident was enough to convince the City Council to unanimously approve a project, recommended by Garrett, to put its data backup and disaster recovery solutions in the cloud through iland’s Secure Cloud Backup for Veeam and DRaaS solutions.

Garrett sat down with us to share how and why he put iland to work to help protect the city’s IT infrastructure through its first major move to the cloud.

Q: What was it that made you reach out to iland for your IT infrastructure?
A: I had been hoping for two years to get something implemented with iland. It took something as major as a gas leak to be able to finally engage with you. Part of the reason that I chose iland is that you are very well known as a leading provider of disaster recovery services. I also got a couple of references from a public sector IT user group. My MSP, Twin States Technical Services, and I invested a lot of time researching iland and were happy with what we found. We learned that you guys are hypervisor neutral, which works with our existing HyperV, VMware, and Veeam backup environment. So it was nice to be able to work with both cloud backup and DRaaS from one provider.

Q: Did you look at any other providers?
A: Yes, we looked at seven other providers, including Azure and AWS. But we wanted iland for DRaaS and decided to add Secure Cloud Backup to allow us to have both with the same provider.

Q: So what was important to you during your selection process, especially on the technical level that you found the others couldn’t provide?
A: Definitely costs and reliability. My MSP told me the costs would be way better through iland. And technically you have out outperformed my expectations already. We haven’t had any issues here at all, and the pricing has been affordable and predictable.

Q: What parts of city government did you need to support through IaaS and DRaaS?
A: The iland solution is being used across the Geneseo City Hall network, which includes all public works, so that means electric, water, waste water, streets, etc.

Q: How are you measuring success with iland?
A: It’s difficult to compare metrics because we didn’t have any IT cloud infrastructure in place before iland. We started and built out our cloud with iland. We feel extremely lucky to engage with iland because the team was able to quickly and efficiently implement the solution immediately following the incident. Our return on investment at this point is the peace of mind that we have a system in place and that we have chosen a true partner to help us now and in the future.

Q: Tell us more about the gas main break and how it led you to seek a DR solution?
A: Well it was actually two issues. To start, the gas main break was directly across the street from City Hall, which started with someone digging and hitting a four-way connection that they couldn’t seal off. It took about four hours for the gas company to get down here. So it was a very toxic and dangerous environment that forced us to evacuate city hall, which in turn evacuated the police department in the same building. We had no other option but to send all the employees home.

Luckily, we still had access to the data since technically nothing was down. Unfortunately, no one was able to be in the building to run our CRM software and our payment software, which meant that we were not able to take payments over the phone.

The second issue was that we knew we needed to protect our data while also addressing demands from our police department who need to use body and dash cams. These videos produce large terabytes of data that need to be protected and accessible.

Overall, it was a disaster that we were not ready for and realized that we needed to get help quickly to prevent any future issues.

Q: And you were able to secure a unanimous vote from the City Council to proceed. How were you able to do that?
A: Recommending data in the cloud backup and DRaaS was easy because this is an industry standard that is recognized as a need. I also had two members on the council with IT backgrounds, and they were able to talk to other council members about the importance of the technology. Also, the PowerPoint slides iland sent me really helped. I presented those slides and walked the council through what DRaaS is and how cloud services can help us. I also had a YouTube video that showed how easy it was to bring up a server somewhere else, and they all loved it.

Q: What’s next with iland?
A: Moving forward, I’d like to find a way to get more storage in the cloud, hoping to double the space next year. iland BaaS would be nice but right now I’m using Veeam in-house with a 3-2-1 environment.